The network of your business

The Bologna metropolitan area – and the metropolitan City of Bologna, relating entity - has a long tradition of collaboration, strongly believing in the added value of institutions, businesses, workforce, education and research centers working together as one.

Thanks to a strong network of partners, Invest in Bologna welcomes investors by guaranteeing an integrated support system together with:

Moreover, Invest in Bologna is part of the regional system for investment attraction – Invest in Emilia-Romagna – and works in collaboration with Confindustria Emilia Area Centro, the local branch (serving Bologna, Ferrara and Modena) of Italy’s main association that represents manufacturing and service companies. 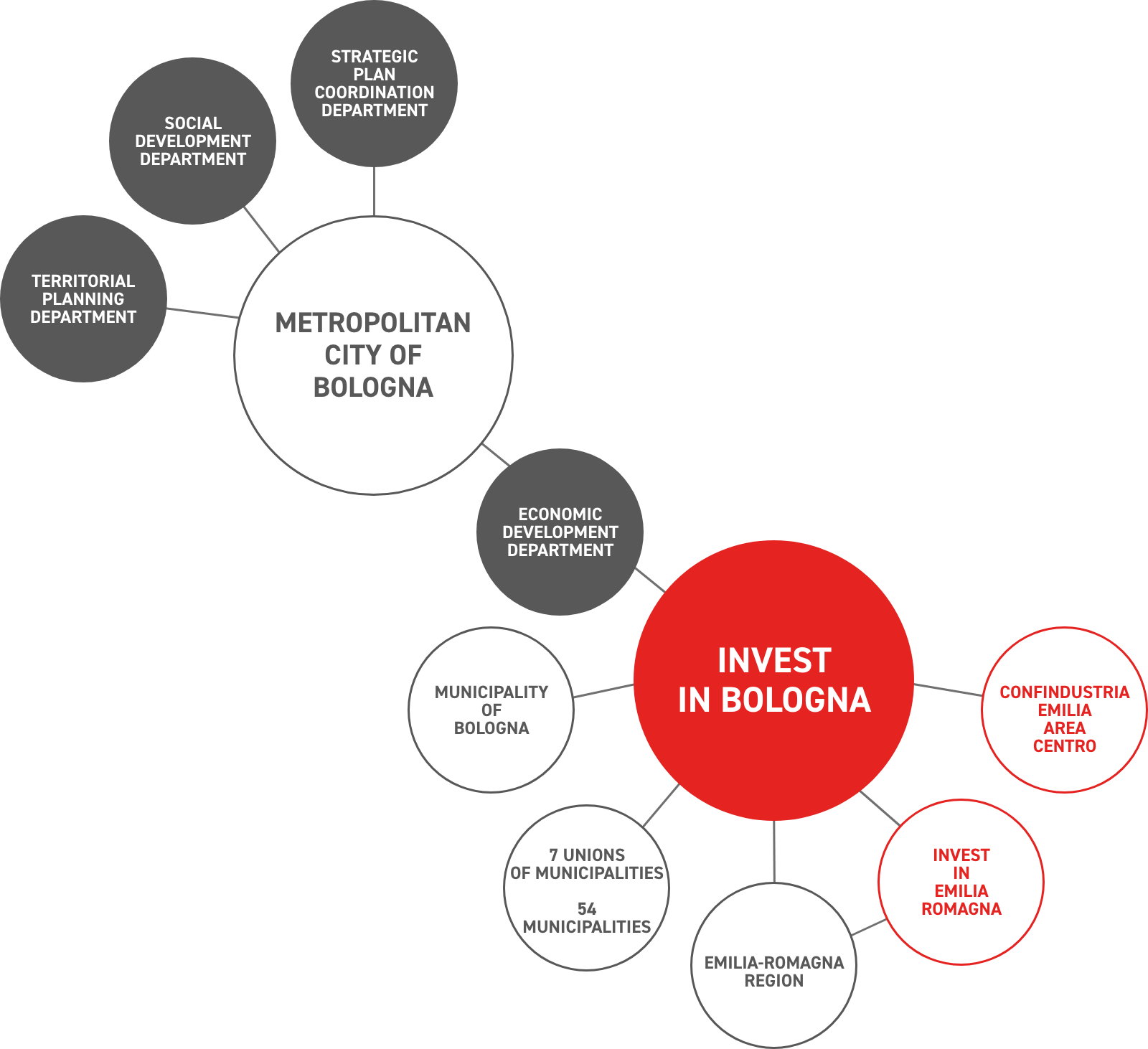