A vibrant and open-minded area

Futuristic, attractive, sustainable, inclusive: from the peaks of the Apennines to the wide horizons of the plains, to the UNESCO World Heritage Candidate Porticos, the Bologna metropolitan area is a place that doesn’t fear the new and unexpected, a city that draws in and opens itself to new residents, workers, students, and tourists.

A cosmopolitan city, able to accomodate and grow along with the thousands of young people that year after year choose the Bologna metropolitan area for its university, oldest in Europe and its many university and postgraduate educational centers, where cultural and creative industries play a vital role and where creativity and innovation are key tools for social and economic growth.

Between the walls where bread was once made one can now find the Museum of Contemporary Art, as well as the collection of master painter Giorgio Morandi; the place where seeds were once produced is now the home of Sementerie Artistiche, a space of creation, education and artistic residence; where the railway for Brennero once ran is now where you can pedal on the Sun Cycle Route of the Sole-Eurovelo 7, that connects the North Cape with Malta.

A territory capable of creating new spaces for culture and businesses based on a sustainable and resilient model. 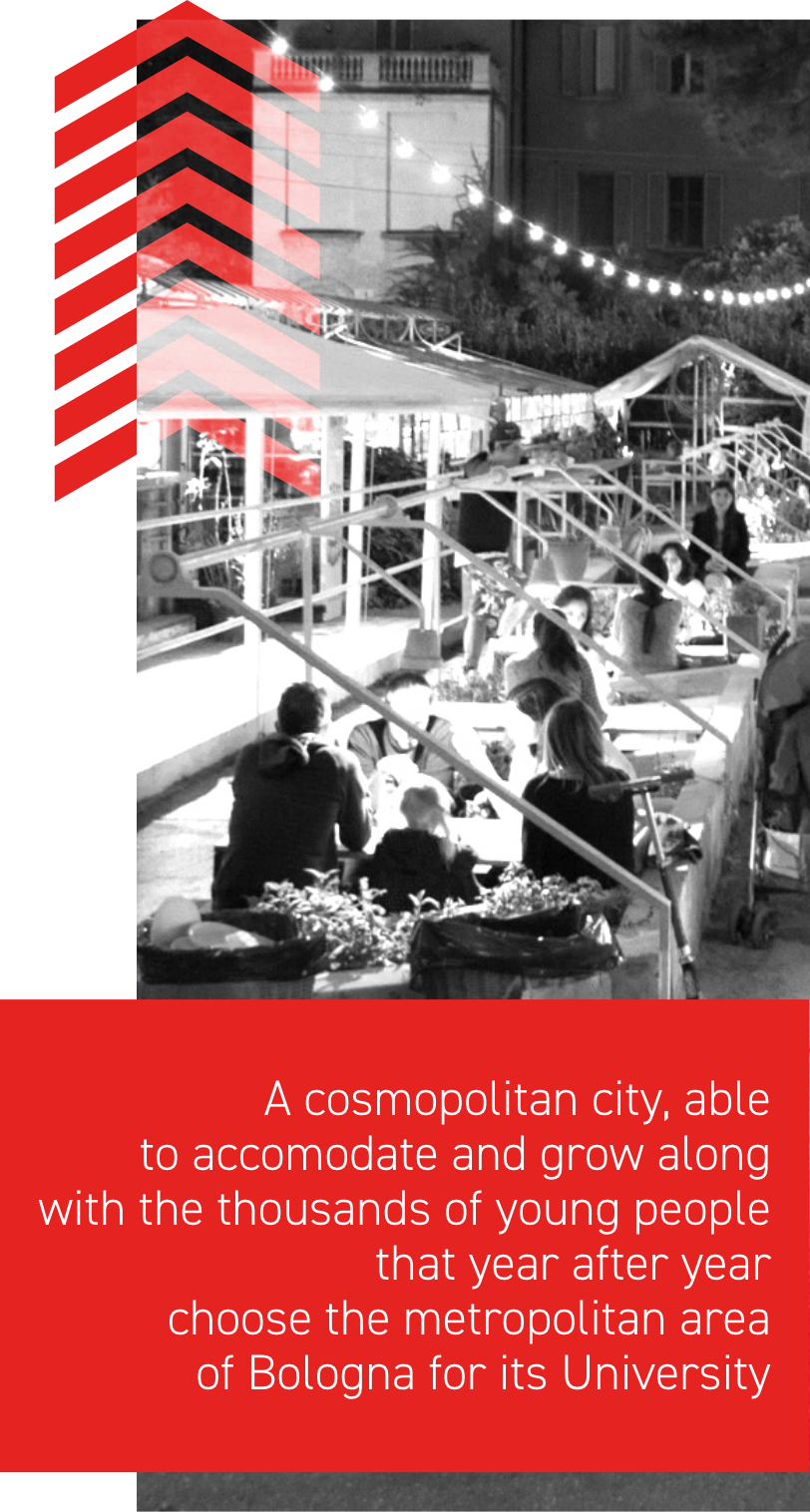